The Oscars is not only about movies, screenplays and directors. Let's make a little #TB at the 2016 and 2017 Red Carpets. Here we go ladies ! 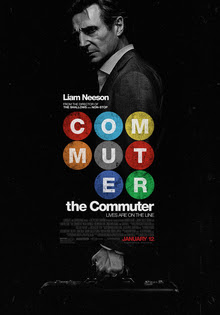 The Commuter (2018) is an action thriller directed by Jaume Collet-Serra and written by Byron Willinger, starring Liam Neeson. The plot follows a man who is unwittingly recruited into a murder conspiracy after meeting a mysterious woman while on his daily train commute.
I'm not going to tell you any further details about the story because I have found many spoilers on the net already.
Did you enjoy this movie?
I enjoyed the special effects but the plot was quite ridiculous. Who can a woman manipulate lives of people she does not even know? And for what purpuse?
Liam Neeson as a detective was entertaining. 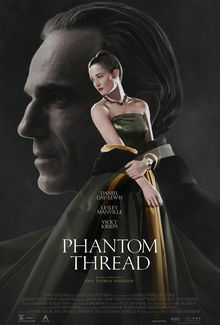 Happy Valentine’s day to all our readers! Ciak Movies comes out with a special review: today, guess what, we are talking about L-O-V-E. Platonic love, carnal love, true love, who cares? Love is love, people. And one thing is for sure: we all love Cinema. So movie lovers, take a seat, and perpared yourself to read a special review. Never heard about Phantom Thread?

Set in 50s London, the movie presents an a-typical life , the one of the legendarian (and odd) couturier Reynolds Woodcock who passes his time drawing mezmerizing dresses for some royal highness around the globe, and the rude, illeterate, stranger young waitress Alma. The more Reynold lives according to schemes and schedules, the more Alma is rebel, unpolite and noughty. The two fell in love, a strange but strong love that lead the two to marriage, even if Reynolds, after a short period of time, get tired of his girlfriends and seems incapable to love anything (if we exclude his sister Cyril), besides his dresses. On the other hand, Alma is exaggerately gelous and reveals her mental instability to both the spectator and her beloved couturier. Isn’t love blind? Or crazy? Or inexplicable?

The movie gained a great number of nominatons: 2 at the Golden Globes and 6 at the 90th Academy Awards-Best Picture, Best Director, Best Actor for Day-Lewis (his final role before retirement), and Supporting Actress for Manville. 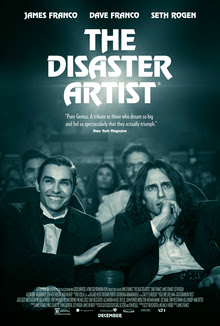 The Disaster Artist (2017)is a biographical comedy-drama film produced and directed by James Franco. The Disaster Artist is inspired by both the realization and the movie The Room (2003), written, starred and directed by Tommy Wiseau and considered one of the worst movies in cinema’s history.
Although the movie was not nominated at the 90th Academy Awards, James Franco won the award for Best Actor – Musical or Comedy at the latest Golden Globes, whereas the film was also nominated for Best Motion Picture in the Musical or Comedy category.

The Disaster Movie, starring James and Dave Franco, follows the adventures of Tommy Wiseau and Greg Sestero, two aspiring-actors who move from San Francisco to La in order to stars with capital S. The two of them started to modeling around and to make they personals photo-books, while they applied as candidates for some upcoming movies. Tommy is the one who is more likely to be rejected, because of his strange personality and his foreign accent, whereas Greg, the handsome, could have had some fame, if it wasn’t for Tommy’s friendship.
One day Tommy decided to write a (disastrous) script and to pay for the production, buying all the equipments and selecting the technicians, in order to ciak his own movie.

The movie is funny and worth watching with the contested Franco who delivers an outstanding performance, remarking his 360° acting skills. James Franco who was recently accused of being a rapist, had failed a great opportunity to be nominated: he would have been one of the strongest contenders for the statuette. Bravo to the youngest Dave Franco too.
Tommy Wiseau personality: I wasn’t aware of the existence of this man, but The Disaster Movie made me wonder how the original The Room is, so I guess I will watch it. Do you?

Breaking Bad (2008-2013, 5 seasons) is a neo-western-crime drama created and produced by Vince Gilligan, starring Bryan Craston as professor Walter White and Aaron Paul as the junker Jesse Pinkman, with Bob Odenkirk as lawyer Saul Goodman and Giancarlo Esposito as drog boss Gus Frig. Breaking Bad is considered one of the greatest tv series of all time. an American neo-western crime drama television series. BB is widely considered one of the best tv series of all times as he won a great number of awards, including 2 Golden Globes, 16 Primetime Emmy and 2 Critic’s Choice Awards.

In Albuquerque, New Mexico, the chimical genious Walter White, also professor in statal high school and father of a family, discovered he had cancer. With a son, Walter Jr who is disabled and a wife (Skyler), to provide for, Mr White decided to think how to make money in the short slice of lifetime he had remained. Mr White was indirectly introduced to the obscure drugs world thanks to his brother in law Hank Schreder- Skyler’s sister’s Marie husband, who was a DEA officer. Mr White with his former student Jesse Pinkman, a depraved young junkard, started to cook meth’s cristals, using a chemically perfect formula. Mr White’s product created many illusions between addicted and started to be widely required as the two become business partners in both cooking and selling met. This unexpected turn point in Mr White’s life brought him in contact with other drug dealers and mafia-cartels: torrents of money arrived in his pockets but also a great deal of violence, deaths and truble. Mr White is constantly risking to break apart with his family and relatives but he isn’t able to quit the only one job which pays well his magical skills. Jesse, on his hand, constantly manages to “survive himself”, and his friendship with Mr White opens new job opportunity as well as a promissed new type of lifestyle.

I’m currently watching this tv series - I’m through season 4, so don’t spoil it for me- but I’ve already feel the urge to write something about it. 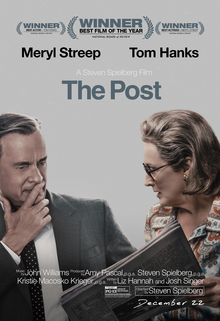 The Post (2017) is a political thriller directed and produced by Steven Spielberg, starring Meryl Streep as Katharine Graham and Tom Hanks as Ben Bradlee, Bob Odenkirk (as Ben) and Sarah Paulson. A great cast, a great story. The Post is running for 2 statuettes at the 90th Academy Awards - Best Picture and Best Actress for Meryl, and it is already included in top 10 movies of the year list.

But is The Post as interesting as the critic claims?

Well, firstly let’s introduce the story: in the ‘70s the journal The Washington Post decided to post the sensitive and top secret docs of the controversial Pentagon Papers – regarding Vietnam’s war, after the Ny Times was put out the games because of an injunction that restrained reporter Neil Sheehan to continue publishing its investigation. It is the Post’s reporter Ben Bagdikian who produced a dangerous super-scoop in order to salve the reputation of the paper.