Hi guys! Sorry for the absence... I have moved to Milan early this month because of university and since I have moved from one flat to another in a few days (crazy stuff, I swear), it  has been a little bit shaking. I have been without wi-fi for quite a lot, so, you, know, I haven't watched huge movies like "A Star is Born" or "Bad times at El Royale", yet. In the next days, though, you will find my #CiakMovies review of both of them. In the meantime, I leave you with some series review. I love series, I must say, and, after falling in love with awarded series such as Got, Oitnb, Breaking Bad, Narcos, House of Cards etc.  I went trough two shorts Netflix productions that I highly recommend to you. The first one is...


ELITE (2018) is a spanish teen-crime drama created and written by Carlos Montero and Dario Ladrona, directed by Ramon Salazar for Netflix. The series stars are Danna Paola, Maria Pedraza, Jaime Lorente and Miguel Herràn. Due to the huge success of the tv series, Netflix has renew it for a 2 season. 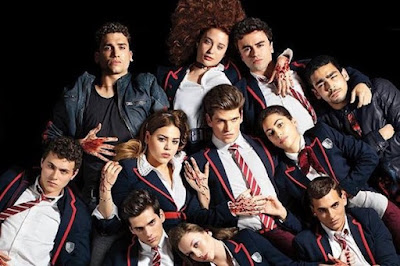 ODD FACT !!  If you look at Elite's poster, you may recognize some faces. Yes ! We have already seen Maria Pedraza, Jaime Lorente and Miguel Herran in "Money Heist" better known as "La casa de Papel". The decision to reclute almost all the cast of a previous successful Netflix series in order to produce a new one (completely different in the topic) was questionable. But, in my opinion, it worked to establish the true acting skills of these young chavales, that are young and may have a long career ahead.

THEME: The set is a Spanish private high school where rich youngsters go in order to become the "tomorrow elite". At the beginning, 3 new scholars arrive: Christian, Nadia and Samuel. These three, you aren't rich, have "won" a scholarship because their original school has been destroyed because of an earthquake (you will discover that Guzman and Marina's father is one of the responsible of the disaster, but, don't worry, this is not a spoiler.) Lately, some drama and romance arises. But I won't go into details.

!! READ ONLY IF YOU HAVE ALREADY WATCH IT !! 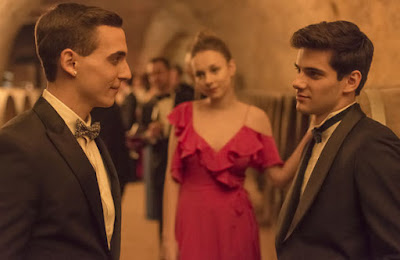 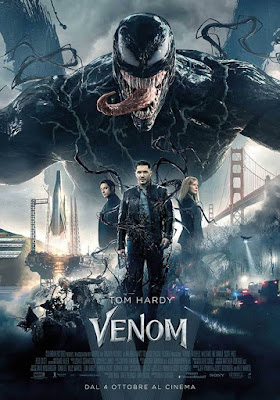 Venom (2018) is a fantasy movie based on the Marvel Comics character of the same name. Venom is the first movie in Sony’s Marvel Universe.Directed by Ruben Fleischer, screenplay by Scott Rosenberg, starringTom Hardyas Eddie Brock aliasVenom, alongside Michelle Williams,Riz Ahme, Scott Haze, and Reid Scott.

THE PLOT: In Venom, journalist Brock gains superpowers after being bound to an alien symbiote whose species plans to invade Earth.

…And surprise, surpirse! When I came to the movie theatre to watch this movie with a couple of friends, I was thinking about having a good time and entertain myself. Which is the reason why, as opposed to my usual habits, I didn’t pay attention to most of the aspects I normally review in Ciak Movies: I’ve just pay the ticket, watch the movie being transportated by the plot and laugh. After this “mhystical/normal” experience, I read some critical reviews, that follows: 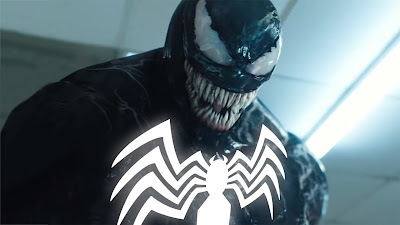 ... And I though “Wow! It’s amazing how the normal audience watch movie without even realize those things.”So, i am very thankful for the experts that professionally review movies, because, if not, nobody will appreciate, or even notice, the work and the ART which lays beyond a movie.