An inside look: the 76th Venezia Film Festival

As a junior journalist, this year I had the opportunity to accomplish one of the greatest dreams of a movie lover, that is to say going to the Venice Film Festival with my first press pass. When the VFF staff had approved my request, I was fulfilled with excitement. Since I am a freelance (yeah, unfortunately entering a registered magazine is quite difficult), I had to organize all the trip on my own. So, this is, truly, a labour of love. The one and only love of my life, the cinema screen. 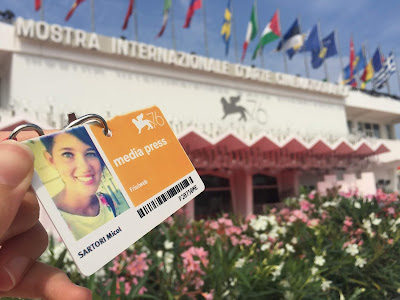 But, let's start with the beginning. The Venezia Film Festival, one of the competition organized by the  Biennale artistic org. (among these, the architecture exhibition and the art expo are the most well known), the VFF is located at the beautiful exclusive island of the Lido, in the Venice gulf.
The entrance of the VFF, strictly under the security control, was just in front of the Lido's beautiful beaches, which every year attract thousands of tourist form all over the world because of its charm. 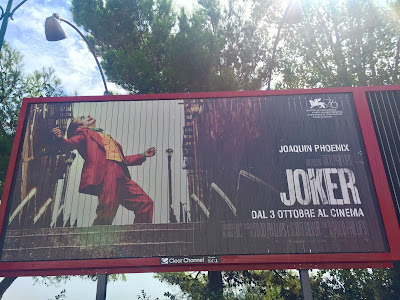 The Mostra Internazionale del Cinema, every year presents the premiere of some expected movies: the 76th VFF was definitely the year of Joker - plus Ad Astra and the Laundromat. And I was lucky enough to attend the newest Joaquin Phoenix's movie red carpet (on 31th august at 6.30 pm). 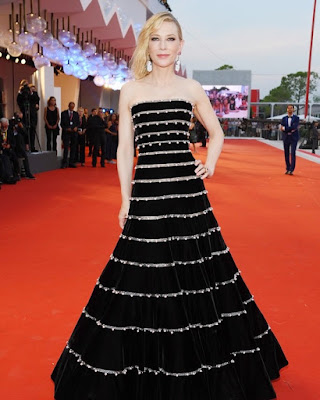 The  marvelous Cate Blanchett opened the Joker's red carpet: here is she, the Queen, in an asymetrical bob-rock hairstyle, embodying an enchanting black Armani Privè. And if you look carefully behind her left elbow, there I am, in a red dress. 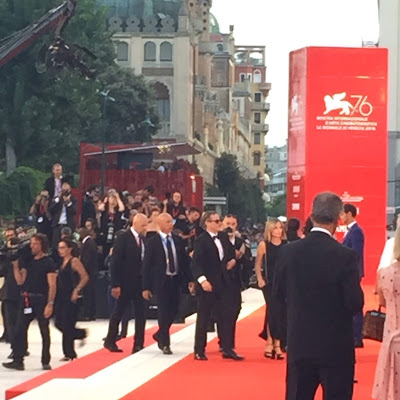 And, right after, the cast. After the director Todd Phillips, the probably contended of the Oscar statuette, Joaquin Phoenix. In this pic, he was probably glancing at her fiancée and actress Rooney Mara, in a beautiful Givenchy dress, as we can imagine from the border of this pic (taken by me). 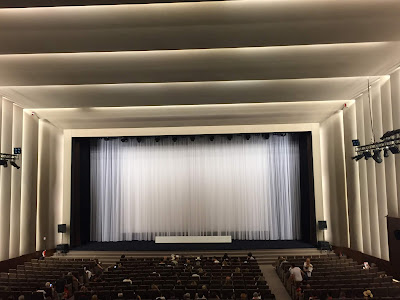 The public premiere aired in Sala Grande (the historical theatre of the VFF), at 7.15 pm. This picture is taken from the distinguished visitor's gallery, where hosts like Cate Blanchett, Joaquin Phoenix, Rooney Mara and the Italian star Michelle Hunziker set. The movie received 8 minutes of applauses !