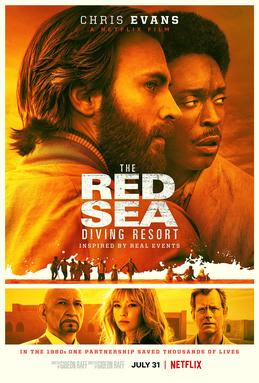 The film, which refers to the 1984-85 so called Operation Moses and Operation Joshua, when the Israelian government evaqueted towsands of Ethiopians Jews, who suffered about prosecutions in the North-est of Africa.

The movie follows the actions of Kabede Bimro, an Ethiopian Jew and the Israelian Mossad (the secret services) agent Ari Levison (Evans), whilst they plan an huge evacuation plan to help the Ethiopians Jews entering Israel through the Sudanese coasts. To do so, the Mossad decided to redeem the Red Sea Diving hotel, which is situated on a beautiful coastal area and was abandoned by the Italian staff. Levison and his team of agents decide to use the hotel as the core of the logistical operations. The structure, which also welcomed some real tourists, in the night transformed into the "bus terminal" of the needy population, which secretly transferred the jews to the nearest refugees-camps and then, after the improvement of the "working method", directly to the Sudanese coast, where some ships wait for the refugees to jump in. 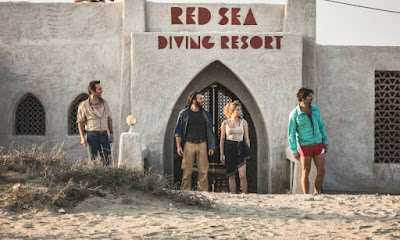 The thing that I have liked about this movie is the balance between the action-full of risk scenes of the evacuations, and the normal life enjoyable times of the team in the hotel.
But, of course, the state of war cannot be so without a powerful nemesis. In this case, the Mossad team had to face the outrages of the Sudanese army, followed by a line of violence and fear. Although a  fundamental role is played by the CIA officer Walter Bowen, who helped to complete the operation, the movie is intended to be a full recognition of the Israelis merit of saving human lives.

The message of Red Sea Diving is invoked repeatedly by Kabede, saying "there are much more". And cannot be so current, considering the red light for emergencies in the Mediterranean area.